Hollywood films often showcase the glamorous lifestyles of the rich and famous. Nothing illustrates wealth and prestige better than a luxury motor yacht. There are quite a few movies with yachts featured in them. Whether the silver screen is taking a look at the lives of affluent families and businessmen or tapping into extravagant daydreams the audience will no doubt relate to, yachts used in movies serve plenty of roles. Here is a list of some of the famous yachts in movies that left an impression on our minds.

The setting of the long-awaited reunion between parents, masterminded by the film’s central red-headed twin sisters (both played by Lindsay Lohan), this 139-foot luxury motor yacht has a classic design. Built and launched by renowned superyacht builder Feadship in 1982, the Synthesis 66 has a unique canoe stern and expansive aft deck. Named Halcyon in the film, the vessel’s 5 cabins can accommodate up to 10 guests. Her exterior design was created by De Voogt Naval Architects with interiors designed by Pierre Tanter.

The motor yacht M3 served as the setting for the extravagant, drug-fueled parties of the film’s main character, Jordan Belfort. In the film, the M3 portrays the real-life yacht Belfort actually owned, the Nadine. The yacht infamously sank off the coast of Italy in 1996, 1 which was depicted in the movie. This 147.01-foot yacht was built in 2002 by Intermarine. Previously named Lady M, the vessel has recently painted its hull black. With interiors by Daniella Speicht, the yacht’s 5 cabins accommodate up to 10 guests. The M3 can be chartered to cruise in the Caribbean for $145,000 per week. 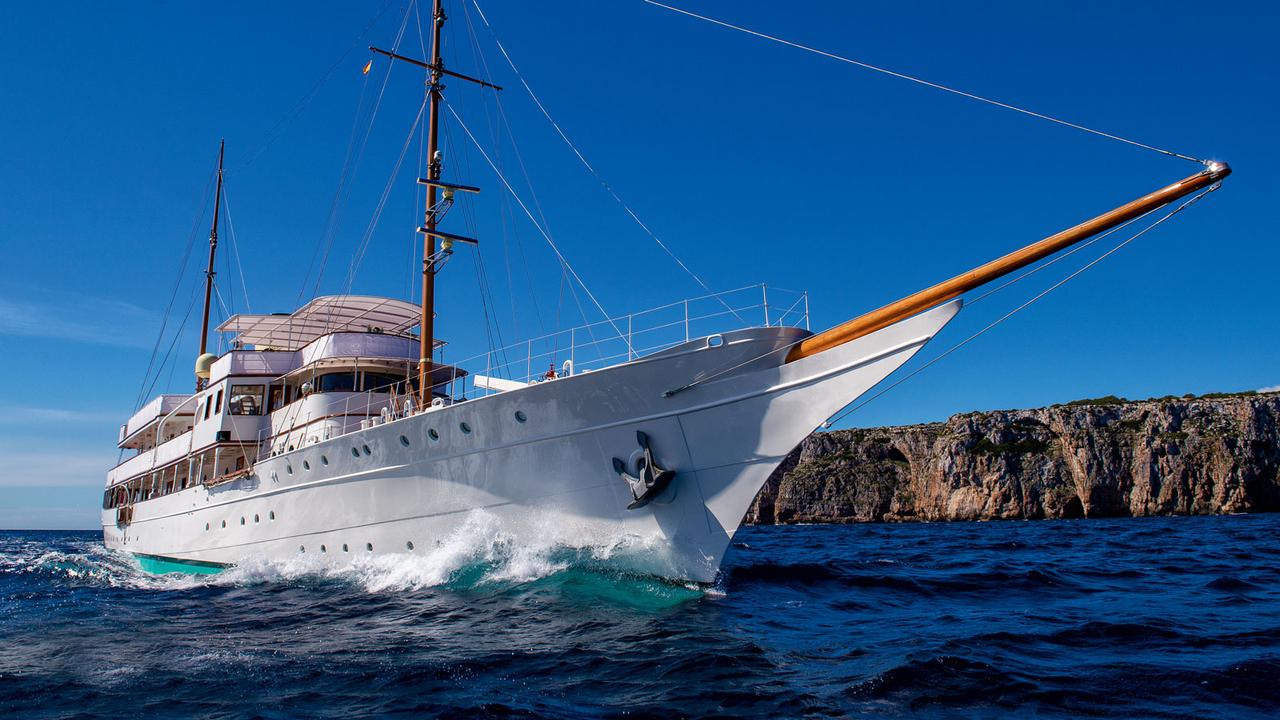 This classic motor yacht played a starring role in Meryl Streep’s exuberant rendition of ABBA’s super hit “Money, Money, Money.” Launched in 1929, the Haida 1929 (previously named Haida G and Dona Amelia) is one of the oldest mega yachts still in the water today. Available for charter, this stunning 233-foot vessel is available for charter and lets guests experience a taste of the 1930s yachting lifestyle. Over her long history, she has had 11 owners and even served in the U.S. Navy during World War II. Undergoing a major restoration in 20182, the vessel’s updated interiors are lighter yet still retain their classic charm.