Get to Know The Yacht in The “Succession” Season 2 Finale 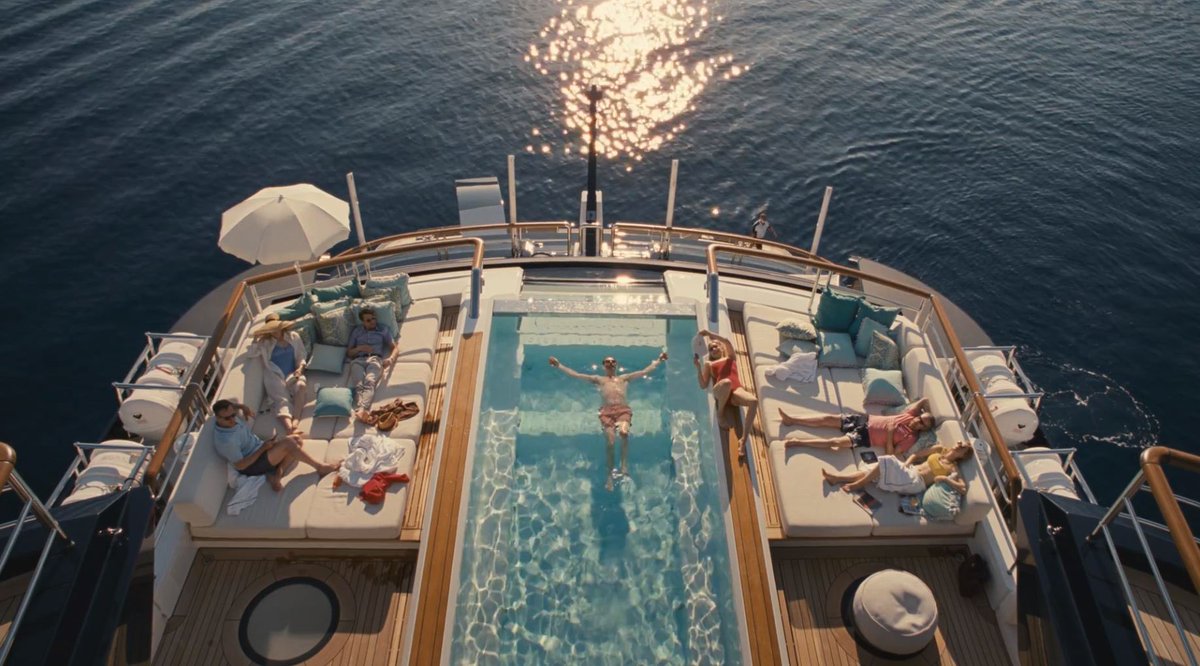 Viewers were treated to bombshell revelations, gasp-worthy backstabbing, and suffocating conflict coming to a boiling point in the second season finale of HBO's cult hit TV series "Succession." However, the true star of the final episode "This Is Not for Tears" may have been the stunning luxury mega yacht that provided the setting for the Roy family drama.

Let's Talk About the Yacht in the Succession Season 2 Finale

We were given shots of the Succession yacht's gilded interiors as well as its expansive outdoor entertainment areas as it cruised the Mediterranean waters off the coast of Korcula and Cavtat in Croatia.1 It would be no surprise if a few people watching the episode wondered whether they could charter the yacht or at least learn more about it.

The yacht in the Succession Season 2 finale is the M/Y Solandge. The Solandge is an 85.1-meter vessel built by German yacht builder Lürssen with interiors designed by Aileen Rodriguez. The luxury motor yacht features 7 guest cabins which can accommodate up to 16 guests, while 15 crew cabins can house up to 28 crew members. Reaching a top speed of 17 knots, it's zero speed stabilization system ensures a smooth cruising experience.

Who Owns the Succession Yacht?

The Solandge famously got sold in 2017 for a reported €155,000,000 to a private owner by Moran Yacht & Ship, making it one of the biggest brokerage deals of that year.2 Delivered in 2013, she went on to win the "La Belle Classe Superyachts" award from the Monaco Yacht Club and the "Best Exterior" award at the 2014 Monaco Boat Show. With its 4 decks and iconic deep blue hull, it continues to be a sought-after luxury yacht.

Fortunately for those who want to experience a Mediterranean yacht trip like the Roy family, but without the stress, the Solandge is available for charter through the Moran Yacht & Ship brokerage.3 For $1,000,000 a week, you can take an ultra-glamorous cruise in the Med sans the corporate machinations and family feuds, of course. No blood sacrifices necessary!

Dip into one of its two hot tubs or take a swim in the full-size swimming pool. Watch a film in the private movie theater or relax in the full-service spa and massage room. The large tender garage houses a luxury tender, jet skis, and a variety of yacht toys for never-ending fun. A fully-stocked wine cellar will have you toasting to your good luck!