Top 5 Largest Yachts in The World 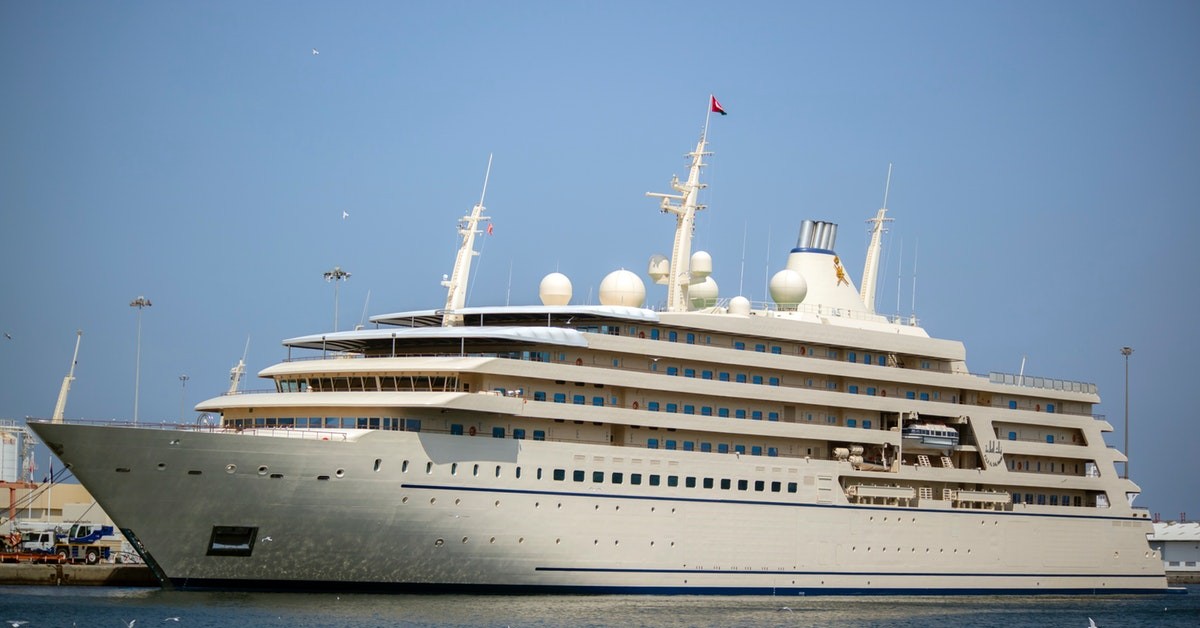 The Largest Yachts In The World 2020

Owning a yacht is an extreme privilege reserved for only the very rich and famous. What’s more luxurious than owning a yacht and even more extravagant than owning a superyacht? The answer is owning a super mega yacht! That dream is possible for the world’s most elite class in the 1%. Billionaires, oligarchs, and royal heads of state own some of the largest private yachts in the world.

As of 2020, the largest yacht in the world measures in at a whopping 592.6 feet! At these sizes, luxury yachts resemble cruise ships with numerous levels and hundreds of rooms. Here is the current list of the top 5 largest yachts in the world.

Built by German yacht builder Lürssen (a popular choice for those interested in owning a super mega yacht of their own!), the M/Y Dilbar was launched in 2016. Reportedly owned by Russian business magnate and billionaire Alisher Usmanov, this 512-foot vessel features two helicopter pads and an 82-foot swimming pool. With exteriors created by Espen Øino and interiors designed by Winch Design, this was one of the most challenging yacht builds due to the Dilbar’s sheer volume.

Built by Platinum Yachts, the M/Y Dubai started as only a bare hull and superstructure of an abandoned yacht build commissioned for Prince Jefri Bolkiah of Brunei. The hull was sold to the government of Dubai and construction work began again for the nation’s ruler, Sheikh Mohammed bin Rashid Al Maktoum. The sheikh’s royal yacht, delivered in 2006, can accommodate 24 guests and an 88-member crew. The vessel features seven decks, a 70-foot wide atrium, a submarine garage, and a landing pad for a Black Hawk helicopter.

Built by German shipbuilder Blohm+Voss, the M/Y Eclipse was delivered to Russian billionaire Roman Abramovich in 2010. With exteriors and interiors designed by Terence Disdale, this 533.1-foot yacht has 17 staterooms and a palatial master suite with a 185-foot owner’s deck. Other features include the capacity to hold three helicopters, six tenders, a spacious spa, and a large swimming pool that converts into a dance floor.

Owned by the Omani royal family, this custom-built superyacht has been clouded in mystery ever since its conception. Its 538.1-foot length was estimated using AIS data. However, pictures of this enormous vessel leave little doubt that it deserves the number two place on the list of the largest private yachts in the world. More cruise ship than yacht, it was built by Italian yacht builder Mariotti Yachts and delivered in 2016 with an exterior designed by Studio de Jorio.

Also built by Lürssen, this vessel currently sits in the top place for the longest private yacht in the world. Launched in 2013, the vessel was commissioned for the President of the United Arab Emirates and the Emir of Abu Dhabi, Khalifa bin Zayed Al Nahyan. National engineer Mubarak Saad al Ahbabi directed a team of designers and engineers to create one of the most complex superyachts ever made. Nauta Yacht designed the exterior and Christophe Leoni designed the 19th century-inspired interiors.